The history of Storti begins in January 1956 in town of Belfiore in the province of Verona. From that moment on, the ingenuity of its founder Ottorino Storti, propels the company on towards an unstoppable growth that has led the company to become a global benchmark in the field of agricultural mechanisation.

Storti is one of the leading manufacturers in the world of mixing wagons that are mainly used in th agriculture sector. The solutions, characterised by a high degree of know-how, reliability and cutting-edge performance are features that are widely recognised by the market and are the result of continual investment in research and development. Storti solutions assist farmers around the world in the improvement of their businesses, increase productivity and quality while reducing operating costs – in a world of fluctuating milk and raw material prices, efficiency and reduced energy costs are crucial in modern farm management. A company that has grown under the banner of innovation, which today positions itself in the market with a solid and dynamic structure, offering cutting-edge technological solutions.

The Group offers a wide range of products and is divided into 2 sections: Unifeed and Ecofarm, with the latter dealing with Farm Wellness and Biogas. The core business is the Unifeed branch, a feeding technique that originated in the United States in the early 50s. Unifeed is a homogeneous ration composed of long, cut fodder, concentrates, minerals, silage and all other feed included in the animal’s diet that are mixed in such a way as not to allow the animal search and select what they ingest. A well-composed mixture permits an elevated concentration of energy by making the most of the interactions between the feed ingredients administered, strongly increases milk production and improves the yield of the meat and, at the same time, lowers the feeding costs. The company boasts a range of mixer wagons that are among the most complete on the market – horizontal and vertical, trailed, self-propelled and stationary. In Ecofarm, the Farm Wellness family is dedicated to providing solutions and equipment for animal welfare as this leads to a decrease in health care costs and increased livestock productivity. Ecofarm is a commercial enterprise which, in addition to the marketing of biogas products and a number of historical products (straw spreader, straw chopper, sweeper and motobrush), has recently signed several agreements with leading companies for the distribution of their products to capitalise on the Group’s relationship networks.

Today, Storti is the Italian leader in the mixer wagon sector and one of the world’s leading industries, as well as being the world’s largest manufacturer of self-propelled mixer wagons. This has all been achieved due to the continuity of family values, ​​handed down by its founder that have never faltered even with the inclusion of company management – continual innovation, long-term goals and human values ​​that make the family model a bulwark in our region. More than sixty years later, following the humble beginnings in a modest workshop repairing agricultural equipment, Storti’s numbers speak for themselves: 120 employees, over 100 models in production, more than 30,000 machines sold. With an extensive presence in Italy, a strong network of international partners, significant OEM agreements and 2 sales divisions in France and Germany, Storti confirms its international scope and well-established presence in 40 countries on 5 continents with an export volume equal to approximately 80% of its production. The plant is located in Verona Province and occupies 39,000 m2, of which 15,000 is covered.

Are you looking for a used machine? 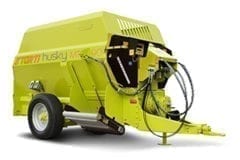 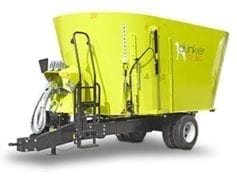 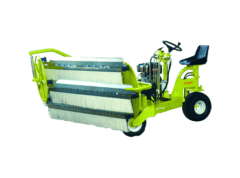 Food quality is the foundation of modern zootechnics. 50% of productive and economic performance in the farm depends on feeding and its delivery techniques. Feeding your animals correctly is essential to ensure that they stay as healthy as possible. 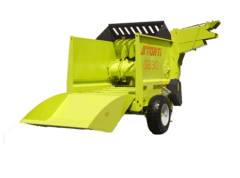 Being born, growing and living in a healthy environment is fundamental for humans. The same holds true for animals from whom we derive our income. Limiting the presence of bacterial loads ensures a higher degree of well-being. Passively limiting high temperatures aids animals in expressing their potential.